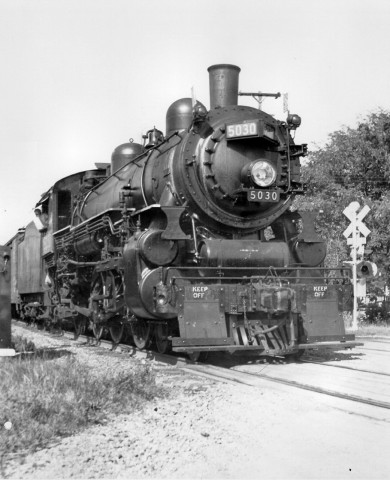 Thirty-nine of these relatively small but handsome Class J-3-a Pacifics were delivered to the Grand Trunk Western Railroad over a two-year period from the Baldwin Locomotive Works and the Montreal Locomotive Works starting in 1912. At least twenty-three, including #5030, were later equipped with new boilers with substantial changes, including a 24% reduction in the small tube count from one hundred and eighty-one to one hundred and thirty-nine. Installation of 50 sq ft of thermic siphons also increased the firebox heating surface to 231 sq ft. The grate is 50.62 sq ft and total heating surface is 3,003 sq ft including 578 sq ft superheating.

The engine was donated to the City of Jackson, Michgan, in 1957 and is on display in North Lawn Park just off Lansing Ave. 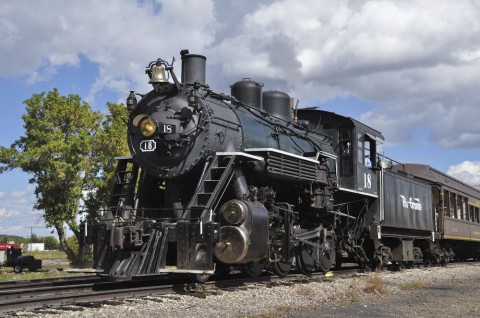 No. 18 is a class SC-4 2-8-0 "consolidation" steam locomotive built by the American Locomotive Company (ALCO) in Pittsburgh, Pennsylvania, in 1910 for the Lake Superior & Ishpeming Railroad (LS&I) as #11. The locomotive was designed to haul iron ore from the docks of Marquette, Michigan, on Lake Superior, from where the ore would be shipped to steel mills on the lower lakes. In August of 1923, she was renumbered #18, continuing service on the LS&I until 1962. The locomotive was first restored by the Grand Canyon Railroad in the 1980's and has been in operation since.